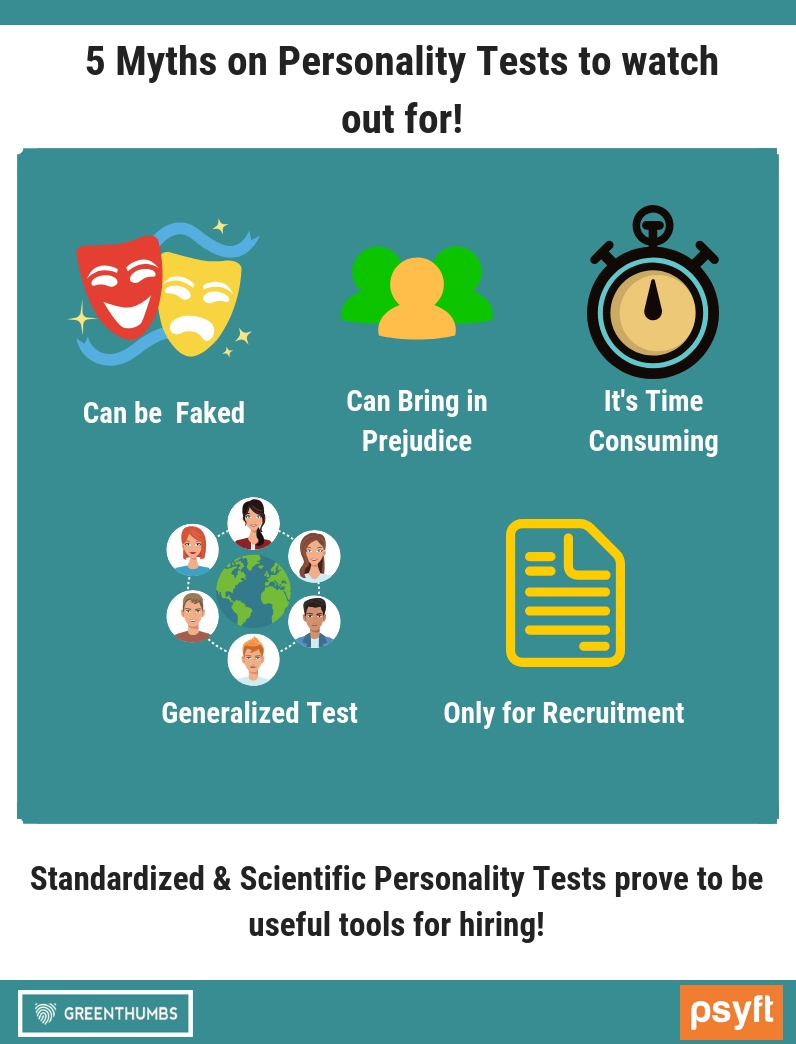 5 Myths on Personality Tests that organisations should watch out for!

Personality Tests are among the popular tools used by companies for hiring the best talent. However, there are several myths about such psychometric tests that often tend to mislead organisations. Here are a few you should know about.

Myth 1- Personality Tests give out a generalised result

Myth 2 – Personality Tests can be faked

It is often believed that psychometric tests can be faked i.e. people can give socially desirable answers in order to appear as promising candidates. This is not true. Psychometric tests have evolved to become much more sophisticated these days. With the advent of the ipsative test design, it becomes difficult for applicants to "fake/game" the test. Psyft Personality Assessment is one such assessment, which uses the ipsative design to ensure that the test-taker doesn't see any apparent pattern in personality test questions and hence, answers honestly.

Time is always of essence for every organisation. Many a times HR representatives think that conducting psychometric tests is time consuming and would further delay their recruitment process. On the contrary, conducting online psychometric test can actually help save a lot of time, as these tests will eliminate many candidates in the first round itself and the HR does not have to spend time on candidates who are a misfit for a role.

Myth 4 - It can bring in discrimination and prejudice

Psychometric assessments offer a levelled field for comparing and selecting candidates. It helps to carry out an objective comparison. A certain degree of bias tends to creep in when someone is asked to assess potential employees' qualifications, ability etc. This is where a personality assessment helps. It minimizes subjectivity & inadvertent personal biases. These assessments are professionally vetted, highly scientific, backed by statistical validation and follow top psychometric standards. Personality tests ensure a consistent and fair process of selection.

Myth 5 - Personality test is solely used for recruitment and selection

Most people feel that a psychometric test can only be used for the purpose of hiring. However, this isn't true. There are many use cases for a such assessments. The test is used for talent search, behaviorial assessment and succession planning, learning & development, team building, performance management and much more. 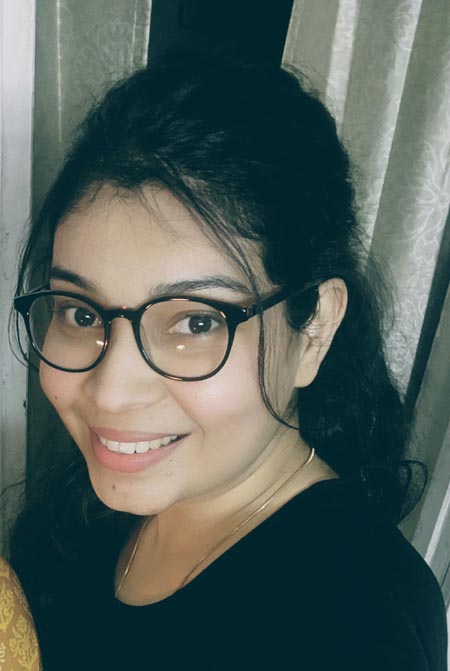